Messapi: from the 9th century b.C

From archaeological evidence it is known that in the IV and III centuries b.C.  Alezio had a particular development thanks to the trade with the Greek colonies through the port of Gallipoli.
In 266 b.C. Salento became part of the Roman Empire.
The Greek-Gothic War (535-553) marked the darkest age of Apulian Middle Ages and ended with the affirmation of the Byzantine power throughout the territory, which operated a real colonization and the Basilian settlements date back just to this period.
In the first half of the XI century (1041) the Normans defeated the Byzantines and their Apulian allies. In 1071 there was the fall of the last rebel cities, including Brindisi and perhaps Gallipoli and in 1130, with the coronation of Ruggero II (1130-1154) the Norman kingdom of Sicily and Puglia was born.
After the XIV century there was a phase of gradual decay and abandonment which lasted for centuries; in 1742 it had only 200 inhabitants and had even lost its name: the small village was called Villa Picciotti. The country grew up after 1715, when Carlantonio Coppola, followed by other landowners, gave some peasants some plots of land to build up farmhouses. In 1854 the gallipolitanian village Villa Picciotti became an autonomous municipality, afterwards named Alezio in 1873. Since it became a resort center for nobles and ecclesiastics, its population grew up to the present size. 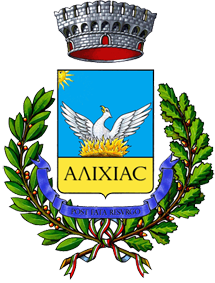